Salo is a horribly beautiful film. 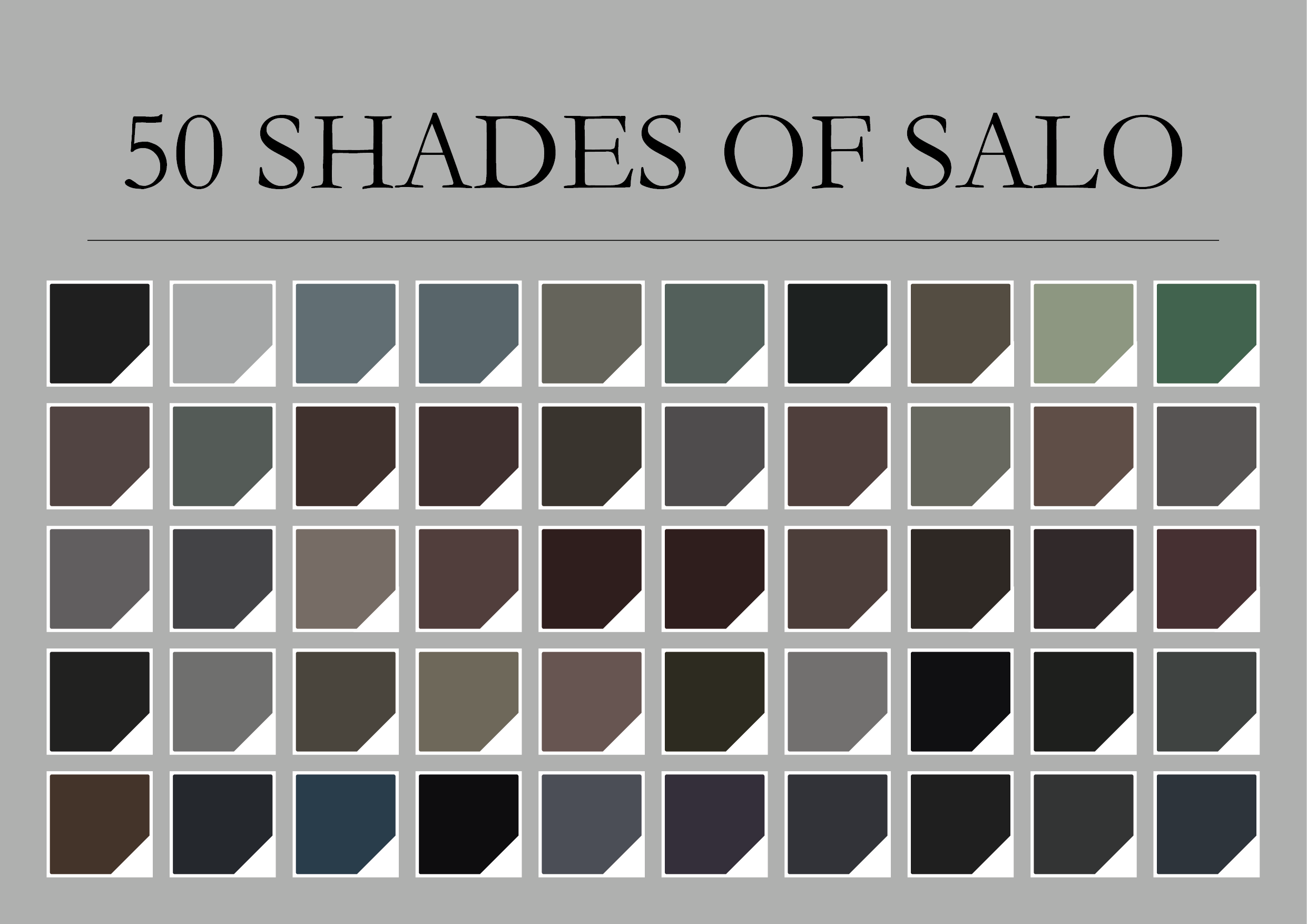 It depicts some of the most violently unpleasant things you can imagine in a sumptuous way. The cinematography is gorgeous, the colours opulently saturated, the sets luxurious. The experience of watching the film however leaves you feeling sullied, grimey, complicit. Without realising it, you become sucked into the amoral, brutal world of the ruling elite, as they rape, torture and kill their way through their slaves. What if the essence of the beauty in the film were extracted, distilled, and divorced from the context of the story?.

This is what this post attempts to do. A digital copy of Salo, or The 120 Days of Sodom was opened in VLC and fifty, equally distributed snapshots were taken using a simple script. These snapshots were then processed to find the average colour, which was then sampled to generate a hex colour.

Rather than acting like a designer’s palette where colours are arranged by colour, and are carefully thought out according to rules (such as triad, analogous and so on), this palette takes an average colour of fifty single frames and arranges them chronologically. The colours themselves all feel heavy and opulent - there are no bright reds, or yellows. This shouldn’t come as a surprise; Whilst there are a few brightly lit scenes, the majority of the film takes place inside a lavishly decorated, yet gloomy country house which acts as a prison. The colours therefore offer a digestible view of the film, sanitised of context.

Below you can find links to the palettes, and a couple of graphics generated using the colours.